McKeesport is the home of Blue Roof Technologies. http://www.bluerooftechnologies.com/ Yes, it is wheelchair accessible.

This is a floor plan of the inside. I have driven my scooter through all of it, so I know it exists. I also know that right now there is an elderly individual living in a cottage of this design and more cottages are becoming available for residence as I key in these words. Teach It Diligently to Your Children

Like an old rock star who does not know when to quit:

This disabilities journalist continues to blog through the night to describe how 3-and 4-D technology will help elderly and disabled individuals lead better and more productive lives as a result of novel engineering techniques that make your head feel as if it will explode. Of course, the fourth dimension is Time. 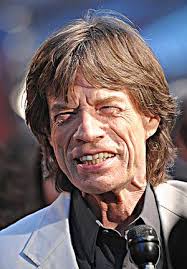 You Can’t Always Get What You Want

Bill
I am waving from over here trying to reply to your reply of my reply on the Voices of Central Pennsylvania site.
Other readers: http://voicesweb.org/won%E2%80%99t-ride-%E2%80%98em-cowboy-my-final-column#comment-2634
Start at the beginning to keep up to date on my ongoing correspondence with Bill Eichman, President of Voices and its brilliant webmaster, regarding why I have stopped writing a column on disability and elderly related issues.
Joel

Regarding: “You Can’t Always Get What You Want,”  I can.

Right now, I am publishing a blog on 3- and 4-D technology instrumental in improving the design of elderly and disability housing, a subject on which I have some experience since I live in housing intended for elderly and disabled people such as myself.

The blog will discuss such tools as:

Sketchup is a favorite.  I just made my first 3-D drawing. It is not exactly a drawing. It is OY VAY! in what appears to be 40  foot 3-D letters. I can see Oy Vey! from:

It iis a strange experience to draw huge letters and look at the drawing from underneath the letters, creating a paranoid fantasy of being crushed by letters (or more conventional objects like wheelchairs).

I make the letters take shape. Type fonts such as Arial black begin to take over my world.

Join me in my new world at Disability Beat Covers Virtual Reality. http://disabilitybeatcoversvirtualreality.blogspot.com/

Note: The following is the text of my February, 2011 column at Voices where I announce the end of my From Where I Sit column. The hard copy text, complete with a photograph of me, is available at newsstands in Centre County. I am reproducing it here for two reasons. First a reader insisted that I was required to explain my rationale more fully or, in her words, “face a grilling.” I therefore intend to call my next blog Grilling in which I not only explain but provide the reader with reassurance that the issues of the elderly and disabled will continue to be covered at Voices–only not from me. Not within the context of this From Where I Sit monthly column. Writers interested in covering such subjects are requested to get in touch with me at the email address below.]

The handler applies the fully charged cattle prod to the rear of a bull bred for ferocity. The cowboy—Slim really is his name—holds onto his hat with his left hand. In his right hand are the reigns, two strips of leather held on tightly at first, but capable of falling apart to help the rider jump away from the bucking bull to safety after the regulation eight second ride is complete.

The maximum score is 100 points; 50 for the rider and 50 for the bull. A mean angry bull is the most desirable because he gives the rider the opportunity to make the most money. This bull is mean. When the bull jumps higher after the cattle prod, Slim smiles with optimism. The gate leading to the ring fails to open. Historically, when the gate sticks, a confined maddened bull has been known to break both legs of a rider. Slim, who attended rodeo schools, is aware of the danger.As a reporter at the World Series of Rodeo at Oklahoma City (before it moved to Los Vegas), I am sitting next to the handlers on the inside wooden planks of the chute. It took considerable effort to get permission to be this close to Slim—close enough to watch his pupils dilate into huge ovals displaying a fear he cannot disguise. The lead handler asks Slim if he would like to wait 20 minutes before beginning the ride. Slim nods him off. The gate opens.

Sometimes it is prudent to know when to give up. I have been writing this column since October, 2009. One reader observed that my columns made her suspicious because of their apparent clarity, establishing a formula where I said clearly what I was going to write about and wrote it. She asked if I were hiding something amid this seeming clarity. I have been hiding my overall intention; namely, the necessity for the physically disabled, regardless of age, to achieve independence—independence for those of us whose bodies may not work, but whose minds do. The requirements for getting a good job include the tools to do the job, the income necessary to get off public assistance, and the opportunity to develop our talents so we can improve the nation’s economy. This is a complex set of tasks and does not fit neatly onto a piece of paper affixed with a magnet to the refrigerator.

For those of us unable to walk, hear, or see the first task of necessity must be to rid ourselves of anger or at least pretend it isn’t there. Whatever the virtues of expressing how I feel, I have learned that when I am angry in public, I am on the express lane to defeat.

The Roman poet Catullus wrote, “I love and I hate. Do not ask me why I do so, but I am in torment.” Often when I write this column I am overwhelmed by the fluctuations (depending on my mood over the day) of love and hate projected on to a specific person or situation. Often I write multiple drafts of the same column, each thousands of words long until the emotion subsides and I can describe calmly a discrete 800 word section of my overall objective.Today’s current political situation leads me to despair that independence for individuals with physical difficulties will not come in my lifetime. It will not come because Democratic and Republican leaders do not regard it as a priority given our country’s other pressing problems.

Fortunately, I have the opportunity to leave my anger with the present and work on a training program at the virtual reality lab where Dr. John Messner has been creating 3-D programs showing how to construct accessible buildings before workers even begin to dig the foundation. Specifically, I am working with Sonali Kumar on what she calls “the bleeding edge” of technology to design models for independent elderly housing.

I am providing advice based on my experience as a disabled person who lives in independent elderly housing. Instead of maintaining the self-destructive illusion that I know more than everyone else, I am returning to a land of technology where what I don’t know fills the air like the thick steam on the top bench of a Turkish bath. There is so much to learn and all of it will help my people—individuals with disabilities. It is time for this cowboy to stop riding. I do not have the energy to both write this column and plunge into the future.

When I am sufficiently trained, I will report to Voices on what the future will be like.

—Joel Solkoff, author of The Politics of Food. Contact him at [email protected]