Skip to the content
It is only when we have the courage to face things exactly as they are, without any sort of self-deception or illusion, that a light will develop out of events by which the path to success may be recognized.
–The I Ching or Book of Changes, Wilhelm Baynes edition, Princeton University Press
LAST YEAR’S GIFT
You are the last in line.
It is a short line to be sure,

but the sister in front of you requires much.

We all require much.
“More” is the single Oliver Twist word
that dominates reality.
You require more of me more
of me as a father
and as the image of what a loving man can be, should be, might be…
I am flawed flawed,
flawed, flawed.
My health is often precarious,
my energy limited,
my money gone,
my friends exasperated, tapped out, and overwhelmed,
my career prospects tarnished by the deficiencies of my past.
But I have a fast scooter
with two drop-in batteries that are fully charged.
“Speedy Solkoff” (as I fancy myself called) scooting through the streets of
New York City
that can do wondrous things for my lame image.
Your mother and I decided to have you
or our conception of you
after the pathologist said I had cancer for the second time.
You were to be our commitment to life,
a reason for keeping ourselves
attached to the future at a time
when the past was hard and the present harder still.
You were born two months too early
stubbornly refusing to breathe before the nurses.
Later, relieved of your heart monitor
you crawled out of your crib
months before the nearly perfect model established by your nearly perfect sister
I thought, in darker moments, that Joanna would pour into you
the effort we had poured into her.
She would carry the tradition your mother and I had created;
her first steps would be
metaphorically, if not actually,
your first steps.
She would irradiate in you

the joy we had irradiated in her.

Hah. Double hah. Whatever I thought, I thought wrong.
I did not realize you were a second child with first child needs
no sister could satisfy no matter how Machiavellianly-perfect she
imagines herself to be.
You did not turn out as I had expected (aimed)

and I am glad.
Somehow, you have become an embodiment of Zen archery wisdom.

You also did not get the gifts you deserve,
but, at least, I have a fast scooter
and the promises such speed can bring. Zoom.
I imagine you saying to Joanna,
“Of course, I am Dad’s favorite”
as a method of making smoke come out of Joanna’s ears.
Of course, you are wrong. You are not my favorite.
Nor is Joanna my favorite.
You are, instead, locked into a contest for love
that has only winners
as long as my batteries are charged,
the street cuts are not blocked with slush,
and I can earn child support.
Your love for me may be unconditional,
but I feel better knowing I am worthy of you–
of providing gifts more substantial than words.
–Dad
a.k.a. Joel Solkoff
Routes 95 South, 85 South, 85 North, 95 North, Here-and-there; at least a year late,

In Africa, lion after lion fell before the Colonel’s artillery.  Rhinos, hippos, antelopes, wildebeests, and all manner of game were struck down, helpless as Democrats.  When a skeptical George Creel asked one of Theodore Roosevelt’s guides how the former President, “blind in one eye, and myopic in the other,” could hit any of the animals that he accumulated on his safaris, the guide explained that when the Colonel leveled his, three other guns were also leveled, “ Mr. Roosevelt had a fairly good idea of the general direction, but we couldn’t take chances with the life of a former president.”
—from America Enters the World by Page Smith
Difficult
You are difficult.
You are difficult.
Just because I love you…
Just because….
You were named Joanna
during the eye of a hurricane.
Your name meant passion.
You became the center of our lives.
I remember driving around Washington listening to your fetal heartbeat.
Tick.
Your Mother carried you inside her to the Great Wall of China,
the only humanly crafted object one can see from outer space.
Watching Diana win over the Chinese–winning slowly and persistently–gave a sense of your mother’s
power and talent.
Diana received for excellence a US Department of Commerce specially minted coin presented by
the Sectary of Commerce himself.
My life also became less interesting.
Remember you were the show.
We wanted Amelia because we so much admired your performance, we wanted more.
More?
I see you on the grounds of the National Arboretum.
You have a large ball in your hand
and are wearing an endearing look caught–as a perfect image.
Why are all the photographs we make of you perfect?
Were you an error-proof model in a previous life?
You are too close to me to write about you clearly.
I love you too much for dispassion.
I am who I am–the fellow who is there for you when you are about to trip.
I am the fellow who anticipates danger and attempts to avert it.
Why is it the father-daughter/parent-child language’s sentiment is so sugary sweet in its
sentimentality?
We both admit that we love each other.
Does that mean we are members of some special covenant?
You are quiet with me; you are angry; you are accusing, you are a number of words and paragraphs ending with the encoded words “and I’m glad to see you.”
I know you.
— Joel Solkoff
May, 2003, Durham, NC 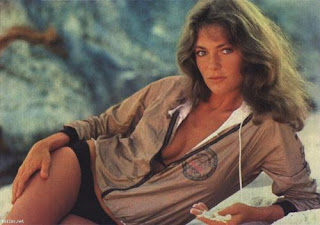 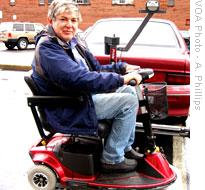 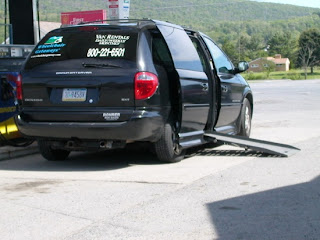 Sadly, the Buick that served me so well is dead. Long live a disability van.  Hint. Hint.
–Joel Solkoff
Blogroll