You are here: Home / Digressions / I write in praise of Paul Ryan 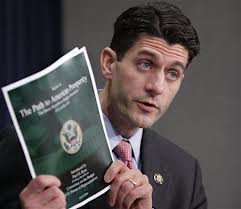