You are here: Home / Disability and Elderly Issues / When I was treated for cancer 36 years ago, I wrote the following account: 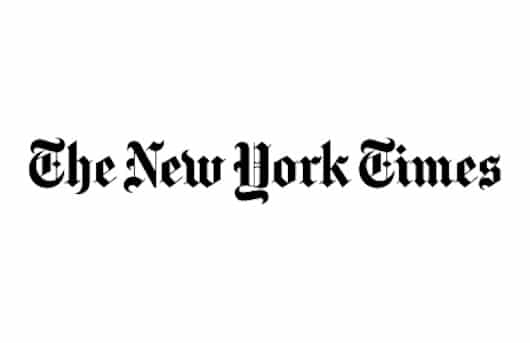 [Note: I was diagnosed and treated for cancer in 1976 when I was 28 years old. This is how I described the experience when I was in the midst of my first round of radiation treatment.]

A New Lease on Life by Joel Solkoff, November 26, 1976
I am 28 years old and I have cancer. Anger comes before anything else. There are times that the anger becomes overwhelming, turns to frustrated rage, because there is no one to be angry at. I can curse God which I’ve done many times, but it is unsatisfying because God doesn’t shout back. Crying helps.
I started weeping in the hospital. An intern; frightened by the emotion, asked me to stop, She said I was upsetting the other patients. I told her to get lost, and when I was done weeping I found her and shouted at the top of my lungs, “You’re what’s wrong with doctors. You have no feelings!” It felt good to shout at someone.
My form of cancer was first described in 1832 by Dr. Thomas Hodgkin—after whom it is named—and its cause is still a mystery. It is a disease of the lymphatic system, clogging the body’s ability to purify the blood and thus to fight off infection.
The cancerous tumors, which are enlarged lymph nodes, may also take over nearby vital organs, such as the liver and lungs. Because the tumors are part of a system that circulates throughout the body, surgical removal generally does not remove the disease. A microscopic piece of tumor may remain in the body, or whatever caused the gland to grow abnormally large may already be elsewhere. Such problems made Hodgkin’s disease extremely difficult to treat and meant that, until quite recently, it was described as “universally fatal.”
In my lifetime, advances in treatment have been so successful that it appears unlikely that the disease will affect my lifespan or that I will feel its effects. Many techniques are so new that we patients haven’t lived long enough to establish whether we’ve been “cured.” The other day, as the technician adjusts my body under the linear accelerator, she said, “If I had to pick a disease to have, I’d pick yours.”
During the months of incapacitation, I have slowly begun to appreciate that I am fortunate to be living in these times.   The process began when a lump under arm right arm did not go away. The lump did not hurt; it wasn’t even uncomfortable, but seeing a doctor seemed sensible. My appointment was on a Friday afternoon, and when the internist grabbed the phone, told me to run three blocks to the nearby surgeon, and then reassured me “not to worry,” I was frightened. Removing the lump, under a local anesthetic, hurt less than I had feared. After an assortment of pathologists had looked at sections of the lump under a microscope and after one misdiagnosis (Hodgkin’s disease is a difficult cancer to identify), my internist’s suspicions were confirmed.
Then came tests. To treat the disease it was first necessary to know where it was located.  I was injected with isotopes So that my liver would show up on a television screen. Marrow was taken from the hip bone. There were blood tests and X-rays. My feet were slit open so an opaque fluid could run through the lymphatic system.
Finally, there was abdominal surgery. Its purpose was exploratory, but the pain afterwards was overwhelming. Screaming for more relief than the drugs could give, I was oblivious to the long-term beneficial result. I had always thought that pain was either avoidable or imaginary.
As soon as I recovered from surgery, the internist prescribed the treatment–radiation. The radiology lab is in a basement, and most of us walk in off the street as outpatients. When patients come in for the first time, their names are placed on a blackboard, with the name of the disease and of the doctor. Etiquette forbids the placing of numbered odds, but most patients do not share my apparent good fortune.
I go into the room where X-rays are sent through my body every day for 12 weeks. The process takes a few minutes and is painless. The rays kill all cells the area at which the machine is focused. Because cancer cells multiply more rapidly than normal cells, the rays do more lasting damage to the cancer cells. However, since cells are killed indiscriminately, treatments make me feel weak and weepy.

I have trouble swallowing. The hair on the back of my neck has fallen out –temporarily. I have severe skin burn. My stomach feels queasy and I spend a lot of energy fighting the urge to vomit. Slowly, I have come to understand that life has been given to me for a second time.

+++
Joel Solkoff is author of the forthcoming book “You Reap What You Sow: How the Government Regulates Agriculture.”