You are here: Home / Disability and Elderly Issues / Report by former FBI director Louis Freeh’s on the scandal at Penn State 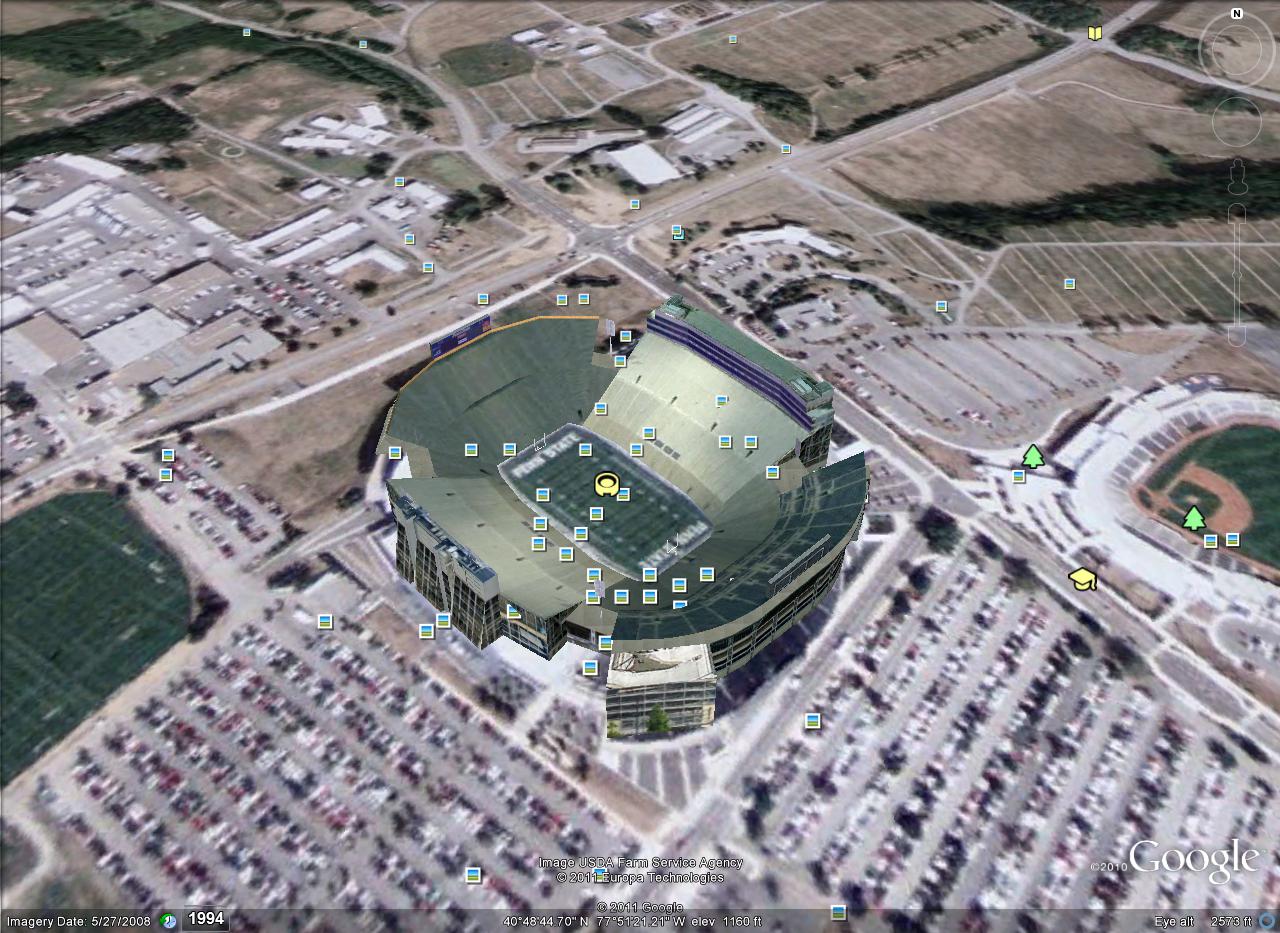 The following Executive Summary, Findings and Recommendations are six pages from the downloadable 267 page:

Report of the Special Investigative Counsel Regarding the Actions of  The Pennsylvania State University Related to the Child Sexual Abuse committed by Gerald A. Sandusky

[Note: The Board of Trustees of Penn State hired former FBI director Louis Freeh’s firm Freeh Sporkin & Sullivan, (FSB) LLP, (with offices in New York City, Washington, D.C. and Wilmington Delaware), to conduct this report. Freeh said, “In performing this work, we adhered faithfully to our original mandate: to investigate this matter fully, fairly, and completely, without fear or favor. We have shown no favoritism toward any of the parties, including the Board of Trustees itself, our client.” The New York Times reported: “In an investigation lasting more than seven months, Louis J. Freeh, a former director of the F.B.I., found a legendary football coach bending his supposed bosses to his will, a university staff that was mostly unaware of its legal duties to report violence and sexual abuse, and a university president who hid problems from the board of trustees and was guided by a fear of bad publicity.”

[Louis J. Freeh is a former Director of the Federal Bureau of Investigation (“FBI”) and a former federal judge. At the FBI, one of the investigations he conducted was of the 1996 explosion and crash of TWA Flight 800 killing all 230 persons on board shortly after it took off from John F. Kennedy International Airport. “FSS has an unmatched ability to provide key strategic counsel to obtain optimum results for its clients in myriad situations, including those requiring resolution of complex litigation-related issues, creative and practical crisis management solutions, or judicious and effective interaction with the most senior foreign and domestic government officials,” according to its website.

[“Our most saddening and sobering finding is the total disregard for the safety and welfare of Sandusky’s child victims by the most senior leaders at Penn State, ” Judge Freeh said in remarks introducing the release of the report on July 12, 2012. “The most powerful men at Penn State failed to take any steps for 14 years to protect the children who Sandusky victimized. Messrs. Spanier, Schultz, Paterno and Curley never demonstrated, through actions or words, any concern for the safety and well-being of Sandusky’s victims until after Sandusky’s arrest.”]

On November 4, 2011 the Attorney General of the Commonwealth of Pennsylvania (”Attorney General”) filed criminal charges against Gerald A. Sandusky (”Sandusky”) that included multiple counts of involuntary deviate sexual intercourse, aggravated indecent assault, corruption of minors, unlawful contact with minors and endangering the welfare of minors. Several of the offenses occurred between 1998 and 2002, during which time Sandusky was either the Defensive Coordinator for The Pennsylvania State University (”Penn State” or ”University”) football team or a Penn State professor Emeritus with unrestricted access to the University’s football facilities. On November 4, 2011, the Attorney General filed criminal charges against the University’s Athletic Director (”AD”) Timothy M. Curley (”Curley”) and Senior Vice President Finance and Business (”SVP-FBh”), Gary C. Schultz (”Schultzh”) for failing to report allegations of child abuse against Sandusky to law enforcement or child protection authorities in 2002 [This date was later determined by the Special Investigative Counsel to be 2001.] and for committing perjury during their testimony about the allegations to the Grand Jury in Dauphin County, Pennsylvania, in January 2011.

On June 22, 2012, a Centre County jury in Bellefonte, Pennsylvania found Sandusky guilty of 45 counts of the criminal charges against him. As of the date of this report, the charges against Curley and Schultz have not been heard by the court.

The criminal charges filed against these highly respected University and community leaders are unprecedented in the history of the University. Several senior University leaders who had knowledge of the allegations did not prepare for the possibility that these criminal charges would be filed. In the days and weeks surrounding the announcement of the charges, University leaders (referred to on campus as “Old Main”) and the University’s Board of Trustees (“Board” or ”Trustees”), struggled to decide what actions the University should take and how to be appropriately transparent about their actions. The high degree of interest exhibited by members of the University community, alumni, the public and the national media put additional pressure on these leaders to act quickly.

On November 11, 2011, the Trustees formed the “Special Investigations Task Force (“Task Force”) of the Board of Trustees of The Pennsylvania State University” and selected Trustees Kenneth C. Frazier and Ronald J. Tomalis to lead its efforts. On November 21, 2011 the Task Force engaged the law firm of Freeh Sporkin & Sullivan, LLP (”FSS”) as Special Investigative Counsel, to conduct an investigation into the circumstances surrounding the criminal charges of sexual abuse of minors in or on Penn State facilities by Sandusky; the circumstances leading to the criminal charges of failure to report possible incidents of sexual abuse of minors; and the response of University administrators and staff to the allegations and subsequent Grand Jury investigations of Sandusky. In addition, the Special Investigative Counsel was asked to provide recommendations regarding University governance, oversight and administrative procedures that will better enable the University to effectively prevent and respond to incidents of sexual abuse of minors in the future.

The Pennsylvania State University is an outstanding institution nationally renowned for its excellence in academics and research. There is a strong spirit of community support and loyalty among its students, faculty and staff. Therefore it is easy to understand how the University community was devastated by the events that occurred.

The most saddening finding by the Special Investigative Counsel is the total and consistent disregard by the most senior leaders at Penn State for the safety and welfare of Sandusky’s child victims. As the Grand Jury similarly noted in its presentment, there was no ”attempt to investigate, to identify Victim 2, or to protect that child or any others from similar conduct except as related to preventing its re-occurrence on University property.”

Four of the most powerful people at The Pennsylvania State University–President Graham B. Spanier, Senior Vice President-Finance and Business Gary C. Schultz, Athletic Director Timothy M. Curley and Head Football Coach Joseph V. Paterno failed to protect against a child sexual predator harming children for over a decade. These men concealed Sandusky’s activities from the Board of Trustees, the University community and authorities. They exhibited a striking lack of empathy for Sandusky’s victims by failing to inquire as to their safety and well-being, especially by not attempting to determine the identity of the child who Sandusky assaulted in the Lasch Building in 2001. Further, they exposed this child to additional harm by alerting Sandusky, who was the only one who knew the child’s identity, of what McQueary saw in the shower on the night of February 9, 2001.

These individuals, unchecked by the Board of Trustees that did not perform its oversight duties, empowered Sandusky to attract potential victims to the campus and
football events by allowing him to have continued, unrestricted and unsupervised access to the University’s facilities and affiliation with the University’s prominent
football program. Indeed, that continued access provided Sandusky with the very
currency that enabled him to attract his victims. Some coaches, administrators and
football program staff members ignored the red flags of Sandusky’s behaviors and no
one warned the public about him.

By not promptly and fully advising the Board of Trustees about the 1998 and 2001 child sexual abuse allegations against Sandusky and the subsequent Grand Jury investigation of him, Spanier failed in his duties as President. The Board also failed in
its duties to oversee the President and senior University officials in 1998 and 2001 by
not inquiring about important University matters and by not creating an environment
where senior University officials felt accountable.

Once the Board was made aware of the investigations of Sandusky and the fact
that senior University officials had testified before the Grand Jury in the investigations,
it should have recognized the potential risk to the University community and to the
University’s reputation. Instead, the Board, as a governing body, failed to inquire
reasonably and to demand detailed information from Spanier. The Board’s overconfidence in Spanier’s abilities to deal with the crisis, and its complacent attitude
left them unprepared to respond to the November 2011 criminal charges filed against
two senior Penn State leaders and a former prominent coach. Finally, the Board’s
subsequent removal of Paterno as head football coach was poorly handled, as were the
Board’s communications with the public.

Spanier, Schultz, Paterno and Curley gave the following reasons for taking no action to identify the February 9, 2001 child victim and for not reporting Sandusky to the authorities:

Taking into account the available witness statements and evidence, the Special
Investigative Counsel finds that it is more reasonable to conclude that, in order to avoid
the consequences of bad publicity, the most powerful leaders at the University–Spanier, Schultz, Paterno and Curley– repeatedly concealed critical facts relating to Sandusky’s child abuse from the authorities, the Universityfs Board of Trustees, the Penn State community, and the public at large.

The avoidance of the consequences of bad publicity is the most significant, but not the only, cause for this failure to protect child victims and report to authorities. The investigation also revealed:

RECOMMENDATIONS FOR UNIVERSITY GOVERNANCE, ADMINISTRATION, AND THE PROTECTION OF CHILDREN IN UNIVERSITY FACILITIES AND PROGRAMS

From the results of interviews with representatives of the University’s Office of Human Resources, Office of Internal Audit, Office of Risk Management, Intercollegiate Athletics, Commonwealth Campuses, Outreach, the Presidentfs Council, Faculty Senate
representatives and the Board of Trustees, and benchmarking similar practices at other large universities, the Special Investigative Counsel developed 120 recommendations for consideration by University administrators and the Board in the following eight areas:

One of the most challenging of the tasks confronting the Penn State community is transforming the culture that permitted Sandusky’s behavior, as illustrated throughout
this report, and which directly contributed to the failure of Penn State’s most powerful
leaders to adequately report and respond to the actions of a serial sexual predator. It is
up to the entire University community – students, faculty, staff, alumni, the Board, and
the administration – to undertake a thorough and honest review of its culture. The current administration and Board of Trustees should task the University community,
including students, faculty, staff, alumni, and peers from similar institutions and outside experts in ethics and communications, to conduct such a review. The findings from such a review may well demand further changes.