You are here: Home / Digressions / Teach It Diligently to Your Children 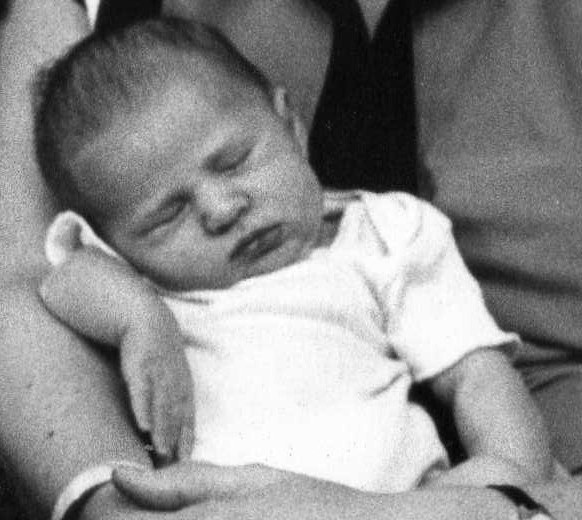 Background for the ongoing story, did I return from the Democratic Convention and Tokyo in time to coach when my first child Joanna was born? See Part 1: https://joelsolkoff.com/?p=604

I remember clearly that astonishing first visit to the obstetrician, the one where I saw for the first time a sonic image of my first child inside her mother’s womb and heard the heartbeat. This was over 26 years ago and I remember it as clearly as if it were happening right now between the strokes on my computer keyboard.

I brought a cassette tape recorder to the obstetrician’s office and from then until Joanna’s birth, I rode around Washington DC where I lived for 17 years and where I often drove with the kind of automatic pilot that comes with familiarity. While the automatic pilot was driving, the rest of me was listening to the sound of life, primitive and vital coursing through the internal consciousness of my mind.

The heartbeat sound was surprisingly fast. There were times I heard it and remembered with clarity the sonic image of a creature who swam and looked like a frog and who would shortly be my child—the person whose umbilical cord I would cut.

What could I teach such a person? How could I flaws and all (and I was often overwhelmed by the specificity of my flaws) be a father commanded to teach, commanded to teach it diligently, commanded to teach what? This much I knew. After years of repeating the phrase from the shima, in Hebrew and in English often-multiple-times-a-day that God was not simply commanding me simply to teach my children the story of the Exodus from Egypt–unless you regard the deliverance from slavery a story that transcends that specific historic occasion and becomes a story of the universal quest for freedom and holiness.

It is germane that I have always been perplexed by the words of the havdalla service at the end of the Sabbath, lighting the multi-wicked candle, smelling the fragrence, consuming the booze (my stepfather preferred substituting 120 proof slivovitch) and recognizing that we were marking the difference between the holiness of the Sabbath and ordinary quality of the rest of the week. “Hamavdeel bein kaddish lechol.” How can we make such a distinction? Isn’t everything holy? Is there really a dividing line?

Fortunately, I no longer have to worry about being a good father—not with the intensity that drove me to drive sometimes aimlessly through the streets of DC listening to the heart beat, wondering whether I would measure up to being a good father. It is not that Joanna is 26 and Amelia is 20. We parents know that there is no end to being a parent.

I am, of course, gratified that my daughters have read Hemingway, believe strongly in the majesty of the 14 amendment of the Constitution of the United States and of the promise The Rev. Martin Luther King, Jr. standing side by side with Rabbi Abraham Joshua Heschel (a great theologian in a century of great theologians), gave us—a promise of equality and the perception that no one is free until all human beings are free.

But what about being Jewish? Did I teach Joanna and Amelia what it means to be a Jew? For me especially being Jewish has been very complicated. As I contemplate the recent death of my mother Miriam Pell Schmerler, who was a Hebrew educator, I understand that some Jewish issues have always been clear and simple (as clear and simple as it is possible for Jews to let things be):

1.      We Jews are a very old people. According to The New Oxford Annotated Bible, “Most scholars agree that the texts now found in Genesis began to be written down sometime after the establishment of the monarchy in Israel in the tenth century B.C.E.” These documents were part of an oral tradition that traces back farther than history itself. We are not only an old people; we are a clan; landsmen, people who have an obligation to each other and the world too often obscured by disagreements less important than they seem at the time.

2.      Theodore Herzl was divinely inspired when, after witnessing the Dreyfus trial in what was believed to be progressive France, Herzl concluded that our people require a Jewish state located in the holy land. Today’s Middle Eastern problems may seem insoluble, but in my lifetime I have seen the fall of the Berlin wall, majority rule in South Africa, and a palpable harmony in Northern Ireland to the point where Joanna spent her junior year abroad in Belfast and her parents did not fear for her safety.

3.      The revival of the Hebrew language was one of the great miracles of the 20 century, accomplished despite opposition by the Orthodox community which stoned Eliezer Ben-Yehuda and his children for speaking God’s language outside the synagogue. Not only is the majesty of the Hebrew language in the Bible—our book; we are the people of the book—better understood today than ever before. But a new, vital language has sprung up in Israeli soil. Nobel Prize committees sometimes err in their choices. The awarding of the Nobel Prize in Literature to Shmuel Yosef Agnon for using the Hebrew language to demonstrate the human ability to communicate on the highest level can be compared equally to the award to William Faulkner, kindred souls despite worlds of difference.

4.      Being the “chosen people” means we have been chosen to have an often confusing relationship with God. I have been reading James L. Kugel’s brilliant How to Read the Bible. Kugel, a former Harvard professor of Hebrew, reconciles modern Biblical scholarship, which has done so much to make the Bible accessible, with traditional Midrashic interpretation, ending in about 200 AD.

Kugel says the following about God: “As for where He is normally, He is simply elsewhere, behind the curtain of everyday reality, but from time to time He crosses into the world.”