You are here: Home / "NOTHING ABOUT US WITHOUT US" / Ted Cruz and Beto O’Rourke face off in first debate

George Strait – Amarillo By Morning (Live From The Astrodome)

To Curb Illegal Immigration, DHS Separating Families At The Border 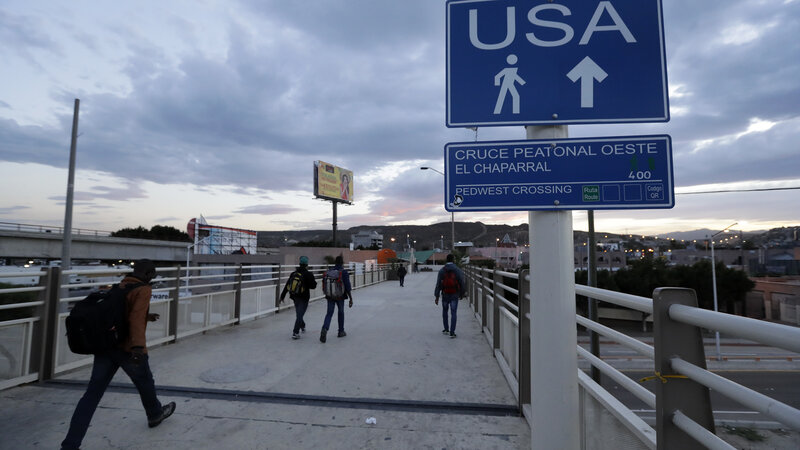 Immigrants make their way towards the border crossing in Tijuana, Mexico.

The Department of Homeland Security has undertaken its most extreme measure yet to discourage asylum seekers from coming to the U.S. — family separation.

A 39-year-old mother is named as Ms. L in a lawsuit brought against the U.S. Department of Homeland Security by the American Civil Liberties Union. Ms. L traveled with her 7-year-old daughter, named as S.S., from the Democratic Republic of Congo to Mexico. They surrendered to immigration agents at the San Ysidro Port of Entry near San Diego in December and asked for asylum. They said they were fleeing violence in DRC.

The mother is being held in the Otay Mesa Detention Center in San Diego, Calif. by Immigration and Customs Enforcement; her daughter is 2,000 miles away at a youth shelter in Chicago run by the U.S. Office of Refugee Resettlement. They are only able to speak by phone.

“When the daughter was taken, she (Ms. L) could hear her daughter in the next room, screaming, ‘Mommy, don’t let them take me!'” said Lee Gelernt, deputy director of the ACLU Immigrants’ Rights Project.

The Late Show with Stephen Colbert.