You are here: Home / If not now / On “Turkish Democracy Day,” the spot price of gold peaked at $1,345. Who cares? What does this mean for the future of the Turkish economy? https://joelsolkoff.com/access-turkeys-gold/ 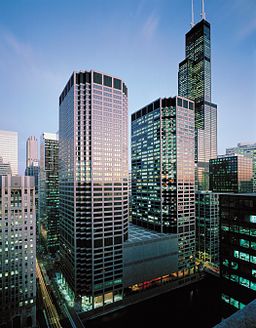 Being bearish is relative

“The U.S. dollar gained on the yen on Monday as investors unwound safe-haven trades in the wake of the failed coup in Turkey, while a giant takeover bid in the tech sector and the promise of central bank stimulus lent support to equities.”

How to corner the gold market

Cornering the wheat market in fiction and reality

The problem Norris had in understanding how a man can sell wheat he does not own is the problem most people have when they attempt to understand commodity future trading. What takes place on future exchanges such as the Chicago Board of Trade is not that people buy and sell wheat and other commodities.

Rather they buy and sell the future delivery of commodities.

When Norris’s hero realized he could corner the wheat market, it was April. The wheat he was buying in the octagonal pit of the Chicago Board of Trade was wheat to be delivered to Chicago in May.

For about 99 percent of the sales taking place today on the floor of the Chicago Board of Trade, wheat “buyers” do not want it delivered to them; wheat sellers have no actual wheat to sell.

Warning: If you want to corner the gold market, the Commodity Futures Trading Commission (CFTC) may be watching. Or not

Globally, the financial press did the best job of covering the July 15th Turkish coup and its aftermath

The Government of Turkish President Erdogan has enshrined the date of the aborted coup attempt, “Demoracy Day.”

Days away from receiving the Republica nomination, the Trump ticket’s views on banning Muslims from coming to the U.S. is divided. CNN reports